The Great Backyard Bird Count (GBBC) is a four-day all-inclusive community science project that is supported by Cornell Lab of Ornithology and the Audubon Society. The goal of the GBBC is to connect communities through bird watching while gathering useful data on bird populations all over the world.

The Parklands count was compiled with support from the public using the eBird app during four separate birding hikes on February 19. We marched the Riparian Ramble Trail, the Louisville Loop adjacent to the Riparian Ramble trail, and the Louisville Loop adjacent to the Moss Gibbs Woodland Garden in low, 30-degree temperatures with gusting wind. But with our hot cocoa, binoculars, and e-Bird app in hand, we stayed warm. To say the least, this was an experience I never expected to have. A surreal tranquility came from the concentration needed to not only observe birds in the park but to differentiate details of birds 100 yards away, birds 60 feet above in a tree or even identify swoopers (the birds that fly by). In addition, some experienced birders highlighted bird tunes that became unforgettable.

Although the original competition ended in a tie (See List Below), the Louisville Nature Center won in overtime thanks to a 45-minute bird-off in which Louisville Nature Center identified 31 species to our 25. Even though we did not claim the Golden Binoculars, The Parklands involvement in the Great Backyard Bird Count was a SUCCESS. We made great connections with members of the public and gained great insight from seasoned bird watchers in the birding community. We also contributed valuable data that will be used to study bird populations in Kentucky. So, be on the lookout for next year’s Great Backyard Bird Count and help us recover the Golden Binoculars! Until then, happy birding! To get a full list of birding hotspots in The Parklands, download the eBird app. Until then, check out the Humana Grand Allee area in Beckley Creek Park or Seaton Valley in Turkey Run Park for a great mix of habitat and species diversity. 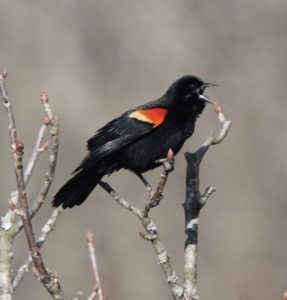 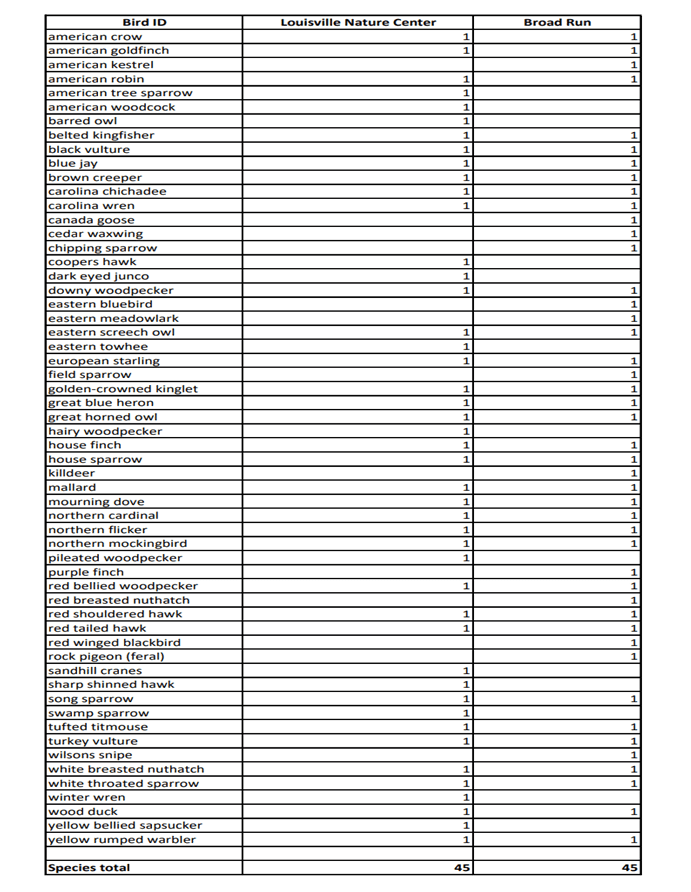