First off, why are snakes called venomous and not poisonous? Animals that are venomous will inject the venom into you through a bite or sting. Poisonous animals, on the other hand, rely on you touching their skin to transfer the poison. So, there is no such thing as a poisonous snake, only a venomous one!

If you see a snake in the wild, whether on a trail or in the creek, keep your distance while you try to identify if it is venomous. Do not attempt to cross, touch, or pick up the snake until you’ve checked for these characteristics: 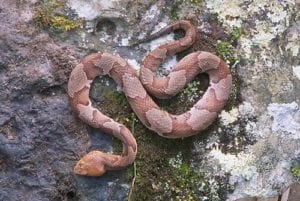 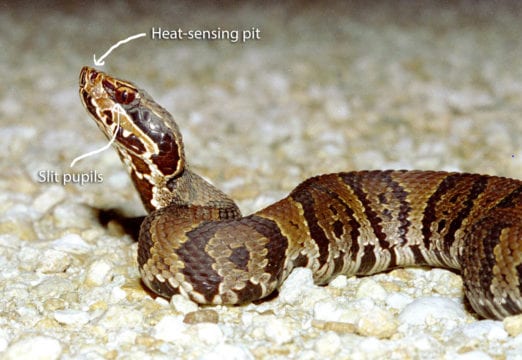 It is always good to be aware of these characteristics, especially if you encounter a snake while walking, hiking, or paddling. If you are interested in brushing up on your snake identification skills, take this test to see if you can identify the differences between a cottonmouth and other common Kentucky snakes! Happy World Snake Day!