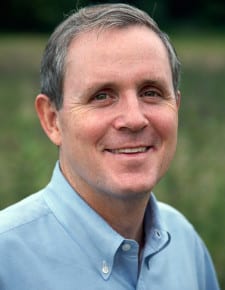 A native of Louisville, Kentucky, Dan holds degrees from Yale University (B.A., M.F.) and Indiana University, Bloomington (Ph.D.). He has spent much of his working life in the fields of education and business management. In addition to founding and managing his own business, he taught World History and the History of the American West at the University of Louisville, and most recently, an Honors Seminar entitled “Reading the Natural Landscape.” In 2004, he founded 21st Century Parks, Inc. a nonprofit corporation created to bring fresh vision to the development and preservation of new public parklands. Their current project, The Parklands of Floyds Fork, is one of the largest new metropolitan parks projects in the country: almost 4000 acres of new, donor-supported public park system in the last major undeveloped section of Metro Louisville. Dan is the founder of 21st Century Parks/The Parklands and currently serves as the Board Chair, where he oversees fundraising, planning, design, construction, and operations of the new parks. He is married, with four children, and enjoys hiking, camping and fishing with his family, skiing, running, and reading.