Flooding is a regular and natural disturbance for our local small stream habitats. Floyds Fork typically has up to 15 floods a year mostly occurring in the Winter and Spring. The plants and animals that call our riparian forests and meadows home all have adaptations that help them to weather these flooding events.

Flooding is cyclical in nature; it happens more often in some seasons than others and happens more often in some years than others. We’ve all probably heard the phrase 100-year flood. This is a flood that is significantly faster, higher, and more water than a typical yearly flood and according to the USGS has about a 1% chance of occurring in any given year. Thankfully, they happen much less frequently – usually about every 100 years, hence the phrase. We normally talk about 100-year floods in terms of our large waterways like the Ohio river because when they flood it can be so devastating to the people that live on those waterways. But small streams also deal with the cyclical nature of larger and smaller flooding.

This January, Floyds Fork experienced its own 100-year flood. It was the first and only time the Parklands has had to close the entire park system due to the high water escaping the banks of Floyds Fork as well as all the smaller tributaries.

It may seem strange that our smaller streams flooded while the Ohio river remained stable. This is in part because of our great system of parks all over Louisville that we have centered over waterways. Parks, like the Parklands of Floyds Fork and Metro Parks, help mitigate flooding by protecting the natural habitats around us, which absorb and use runoff water.. This cuts down on how much water even makes it into the stream. The natural meandering shape of the stream slows the flood water down and acts as a slow-release reservoir. It is the difference between letting water trickle out of a faucet rather than opening up the tap all the way. When we have healthy streams upstream, they reduce flooding downstream by absorbing and slowing water down.

While Floyds Fork flooded, the meandering shape of the stream, the sponge-like soils in the Riparian habitats and the very roots of all the plants absorbed much of the water reducing flooding downstream before it reached the Ohio River.

Unfortunately, these floods can be hard on the animals and plants of our local ecosystem. Many animals hibernating in the soils and leaf litter were in safe places for any typical year but this year were drowned or displaced. Some trees that have survived countless floods before this have been toppled by the soggy, fragile soil. Aquatic animals that survive the winter in the calm deep pockets of the stream have been picked up and dropped on land.

During the construction of the park, all our buildings and significant architecture was built with the 100-year high water line in mind. So, while none of buildings were flooded, the beautiful trails and roads that run parallel to the stream for our enjoyment needed some care and cleaning. Our dedicated staff worked diligently shoveling and scraping dirt, cutting downed trees that are blocking paths, shoveling debris, and power washing the slick river mud on our paved paths. As you visit our parks after this significant flood, be gentle with the habitats that you are hiking through as the plants and animals recover; give a smile and a wave to the hard-working staff as they continue to clean our trails for your enjoyment. 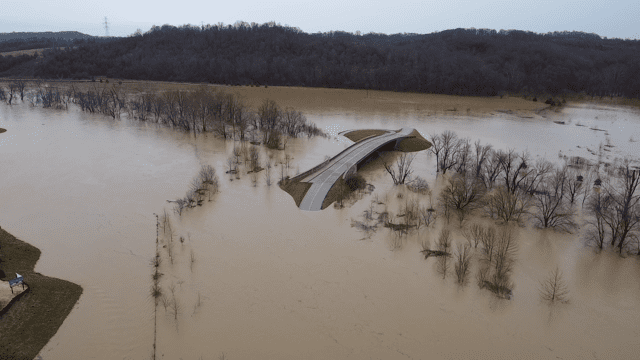 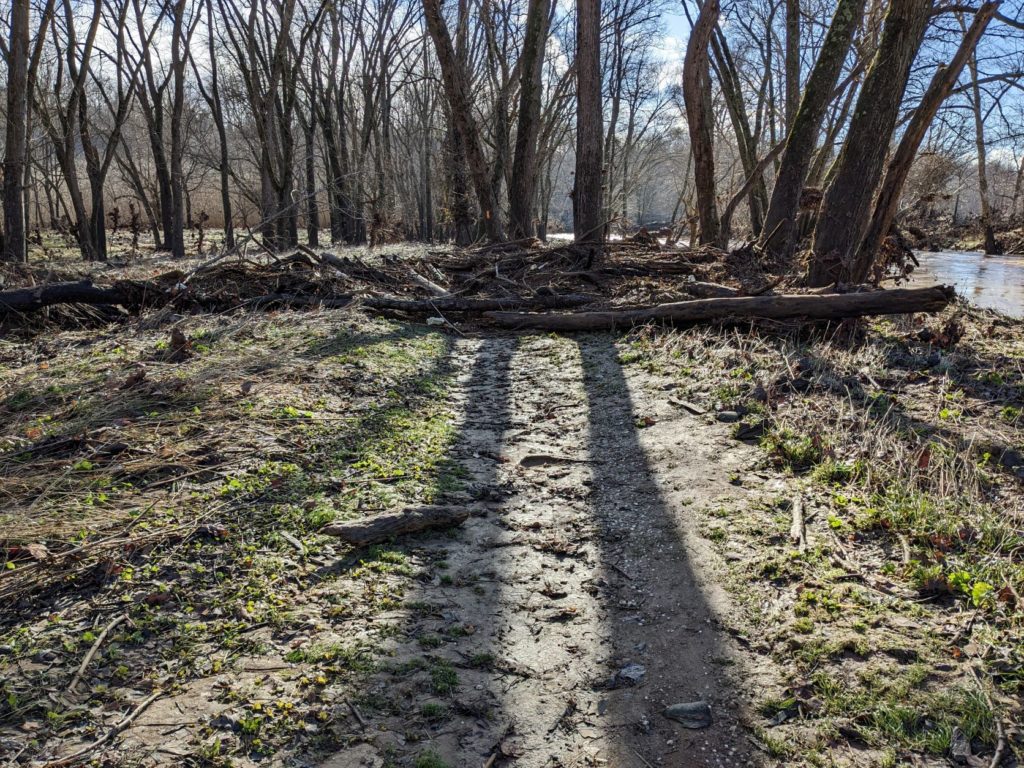 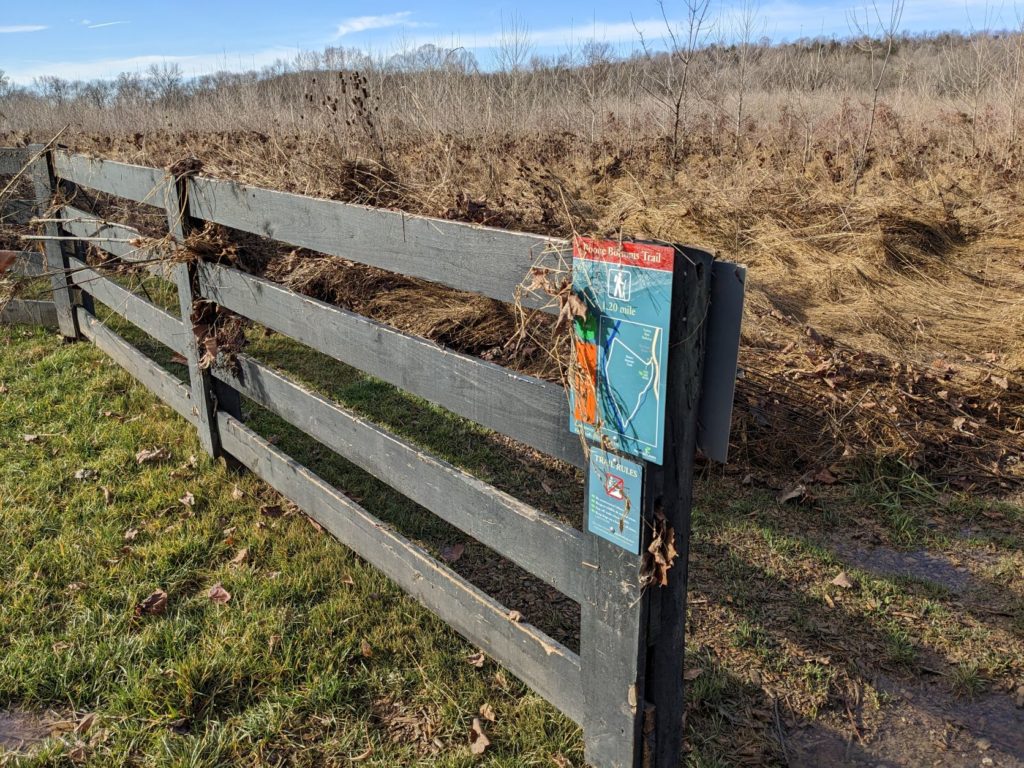 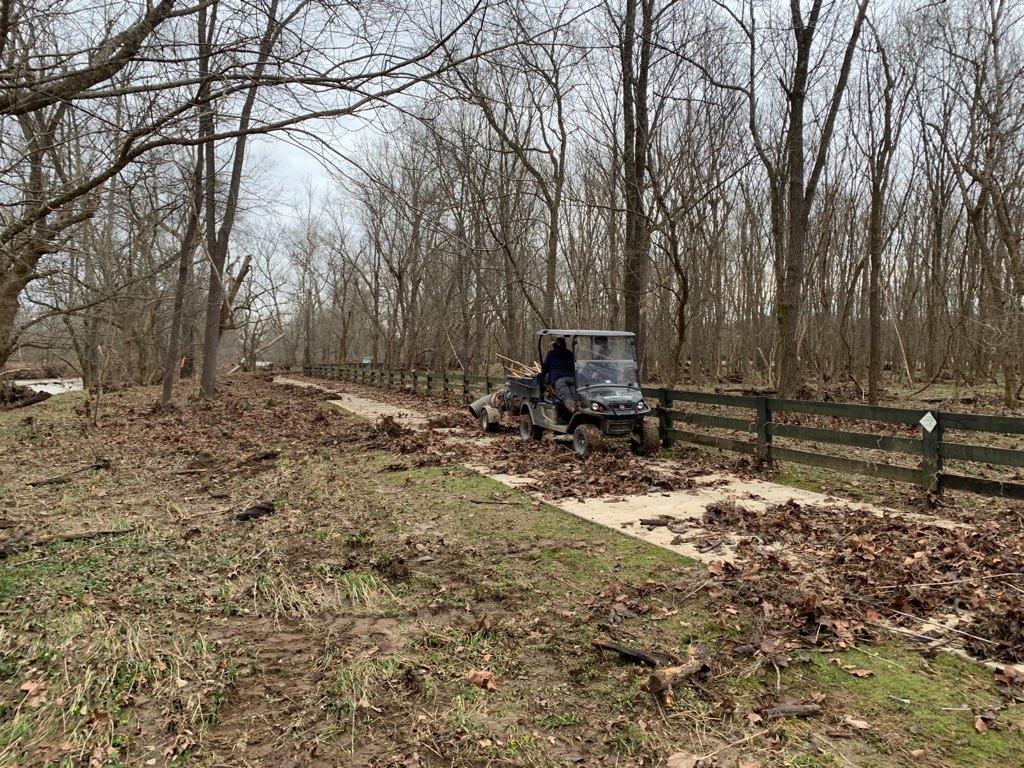 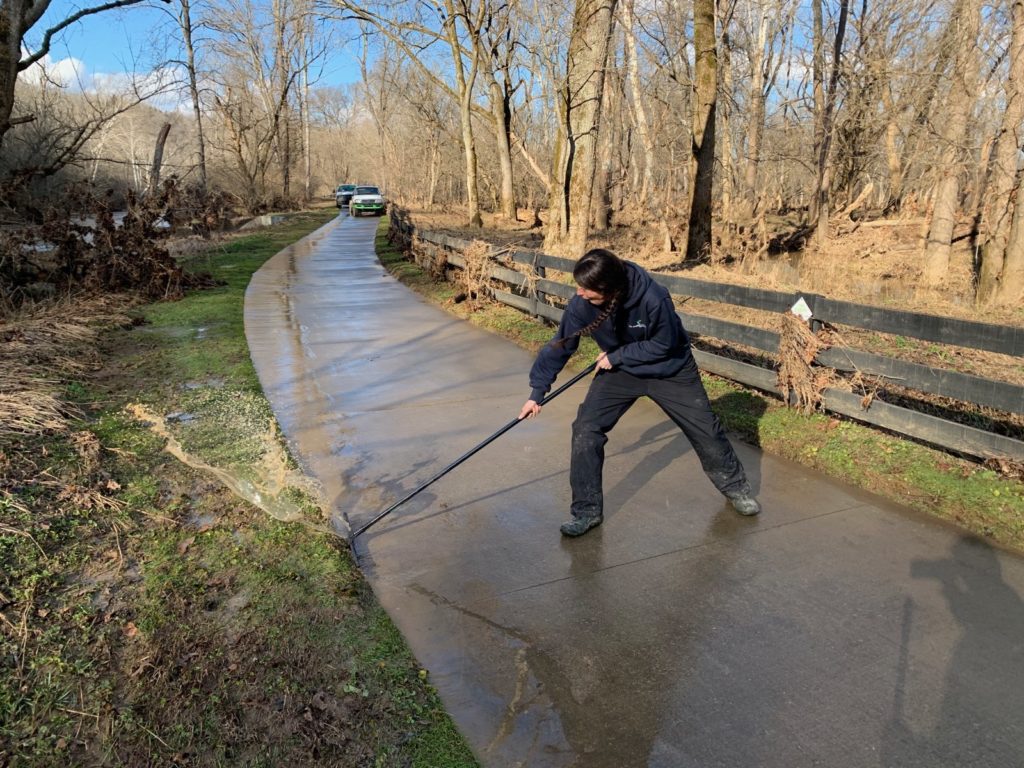 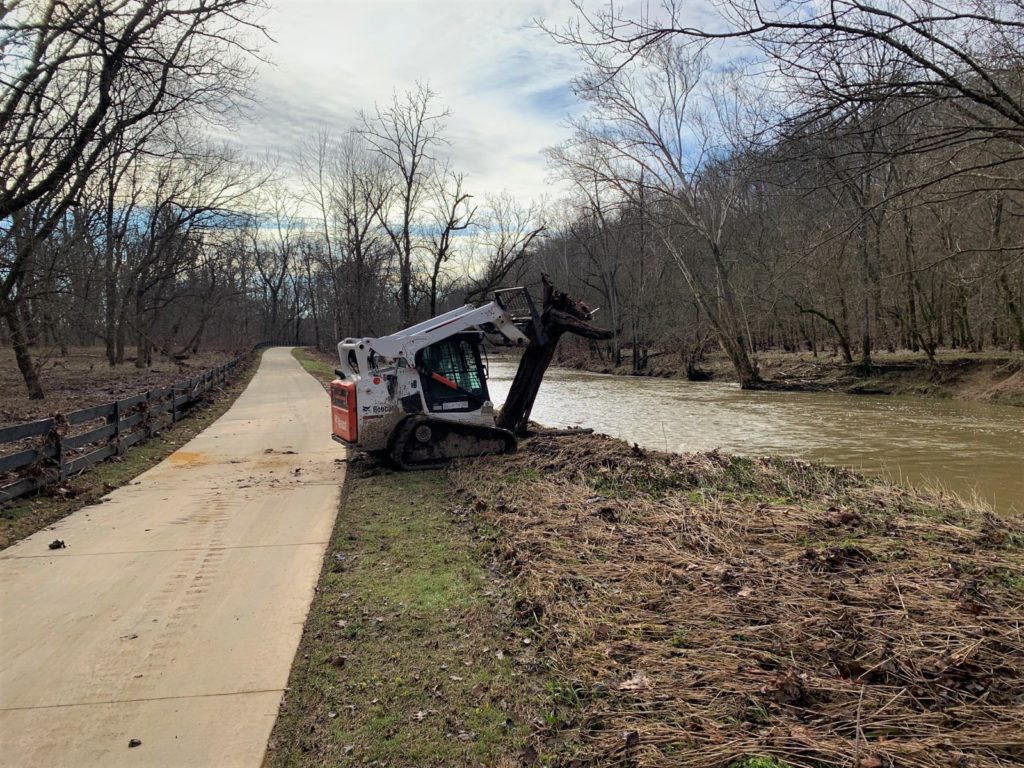 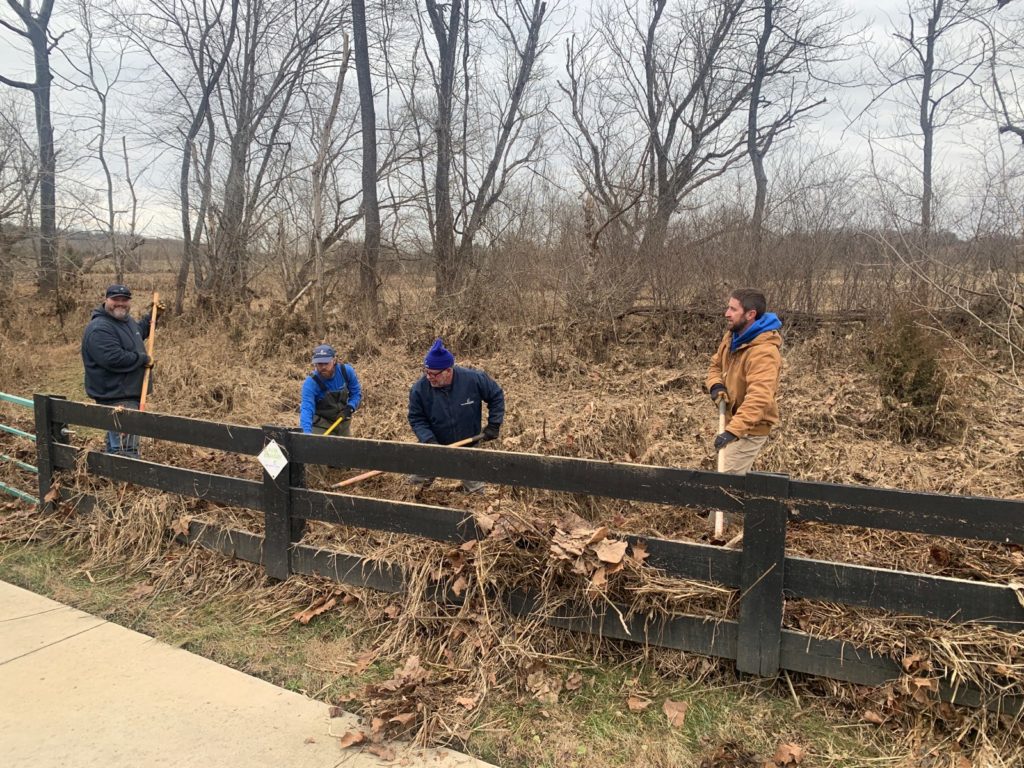 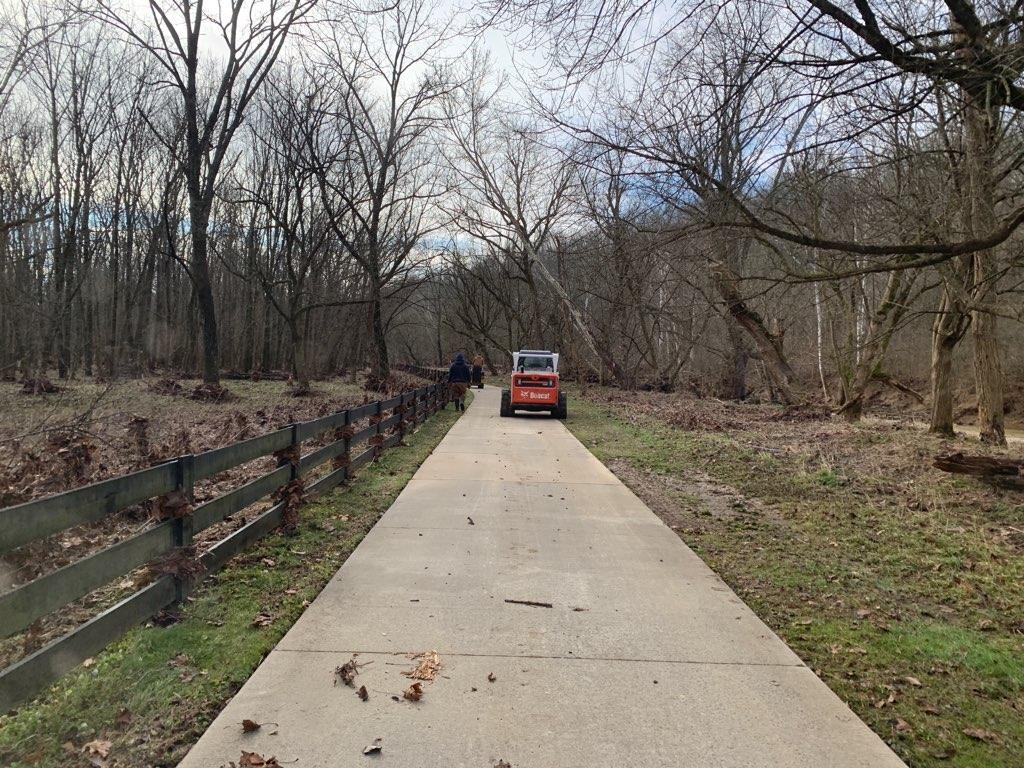