After spotting a turtle laying her eggs by our building this summer, we set out a trail camera by the nest in hopes of catching the hatchlings emerge. Although we did not catch any turtles, we did spy some frequent visitors and discovered a small mammal highway right by our building.

There are a multitude of reasons we may not have caught any hatchlings on camera. After the eggs have been laid it takes 60 – 90 days for them to hatch; however, like chickens, Red-eared sliders can lay unfertilized eggs. Meaning, they do not contain a baby turtle waiting to hatch. Another possibility is that late season hatchlings may spend the winter in the nest and emerge when the weather gets warmer in the spring. We saw no signs of the nest being disturbed so we concluded it must be one of these two things.

However, it doesn’t mean we didn’t catch anything on the camera! We spotted several mammals making use of the small trail along the back of our building that connects the education garden to the sidewalk and parking lot. Among the animals captured on camera were an opossum, raccoons, a skunk, a field mouse, and a chipmunk. Animals commonly take the easiest route across a landscape, including humans, which means that many animals will frequent the same trails if it’s the one with the least number of obstacles. Check out some of the trail camera pictures we got and see if you can spot the wildlife. 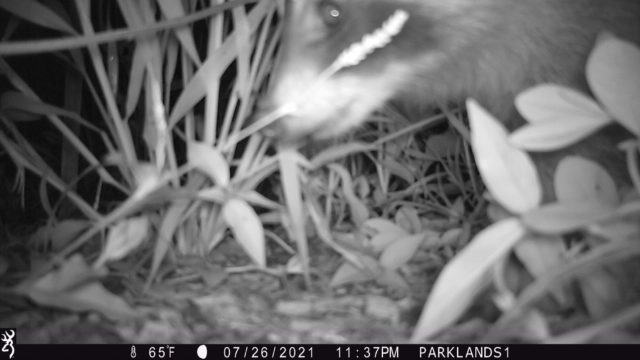 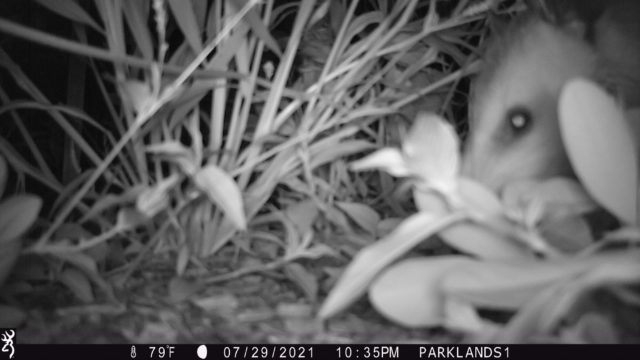 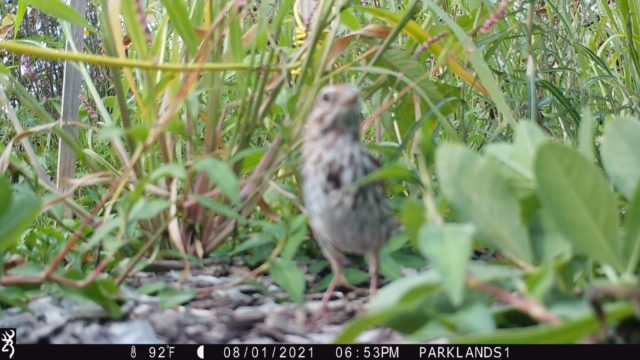 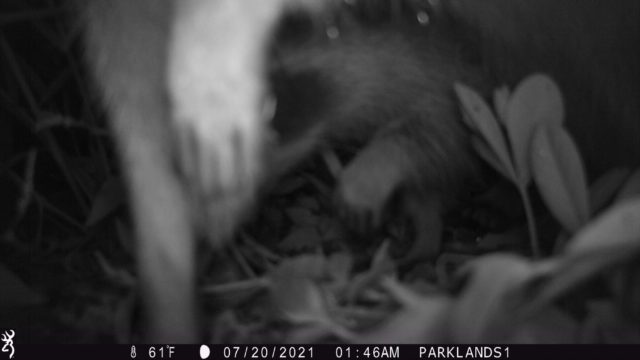 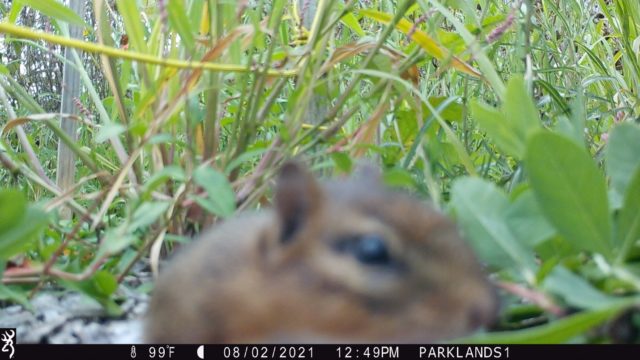 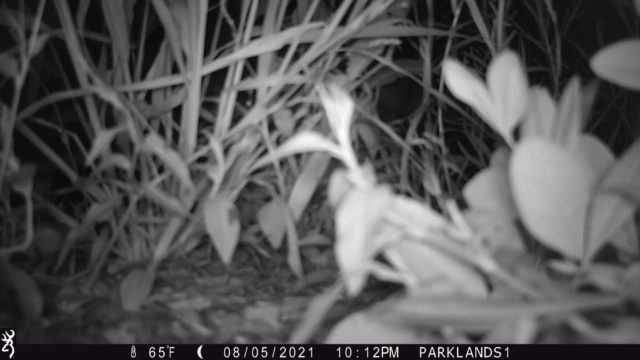 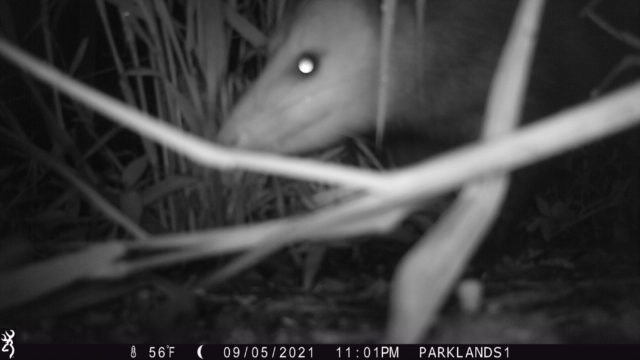 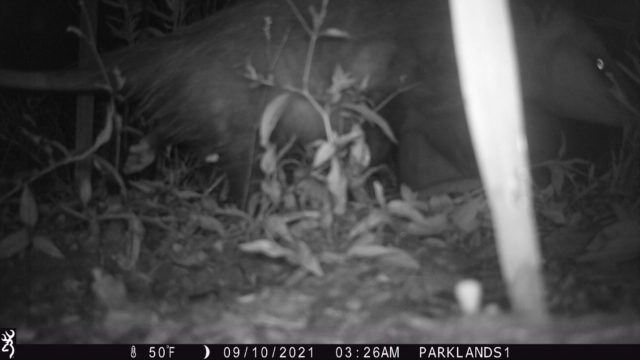 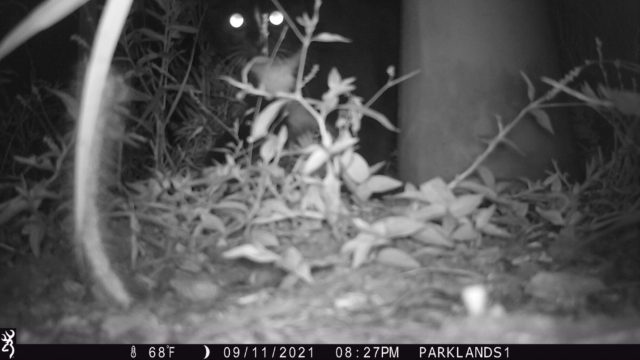 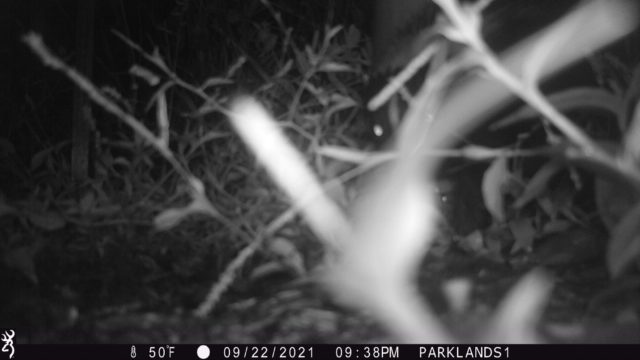